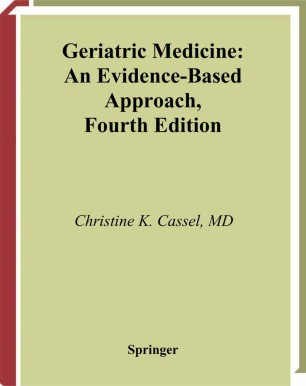 Since the publication of the third edition of Geriatric Medicine,extraordinary advances have occurred in the science of aging and the potential for biomedical research to give us answers to many, if not most, of the age-related disorders that threaten the quality of life in older years. At the most basic level, the successful mapping of the human genome was declared complete in the fall of 2000. Understanding the map of the human genome is as important as understanding the map of genomes of important laboratory species, ranging from the microscopic worms and fruit?ies used in most classic genetic studies to rodents such as laboratory mice, and eventually to primates, on which much of the research on the aging human brain is done. The genetic maps of all of these species,including our own,does not answer clinical questions,but it does open the door to dramatic, rapid, and ef?cient answers to questions about the genetic polymorphisms related to diseases in humans. The telomerase story also unfolded since the third edition. Telomerase is an enzyme responsible for maintaining the telomeres—the redundant DNA portions at the end of chromosomes—whose shortening seems to be linked directly to cell senescence,ap- tosis,and the control over cell death,which,at the level of the individual cell,seems to be linked to the decline of organ function and eventually aging and death within the org- ism.