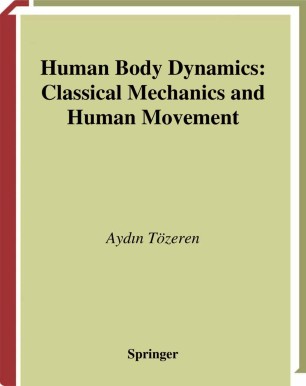 “The human body is a machine whose movements are directed by the soul,” wrote René Descartes in the early seventeenth century. The intr- sic mechanisms of this machine gradually became clear through the hard work of Renaissance scientists. Leonardo da Vinci is one such scientist from this period of enlightenment. In pursuit of knowledge, Leonardo dissected the bodies of more than 30 men and women. He sawed the bones lengthwise, to see their internal structure; he sawed the skull, cut through the vertebrae, and showed the spinal cord. In the process, he took extensive notes and made carefully detailed sketches. His drawings d- ferentiated muscles that run across several joints from those muscles that act on a single joint. “Nature has made all the muscles appertaining to the motion of the toes attached to the bone of the leg and not to that of the thigh,” wrote Leonardo in 1504 next to one of his sketches of the lower extremity, “because when the knee joint is flexed, if attached to the bone of the thigh, these muscles would be bound under the knee joint and would not be able to serve the toes. The same occurs in the hand owing to the flexion of the elbow. ” Another Renaissance scholar who made fundamental contributions to the physiology of movement is Giovanni Alfonso Borelli. Born in 1604 in Naples, Borelli was a well-respected mathematician.