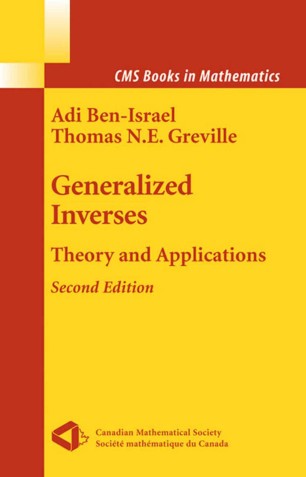 The field of generalized inverses has grown much since the appearance of the first edition in 1974, and is still growing. This book accounts for these developments while maintaining the informal and leisurely style of the first edition. New material has been added, including many theoretical results, computational methods, applications, examples and exercises, and an appendix on the work of E.H. Moore.

The late Thomas N.E. Greville was Professor of Mathematics, and a member of the US Army Mathematics Research Center at the University of Wisconsin, Madison, WI.

The authors contributed to the theory, computation and applications of generalized inverses, and did much to popularize the field in the first edition.