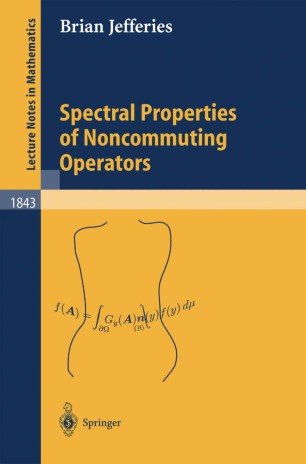 Forming functions of operators is a basic task of many areas of linear analysis and quantum physics. Weyl’s functional calculus, initially applied to the position and momentum operators of quantum mechanics, also makes sense for finite systems of selfadjoint operators. By using the Cauchy integral formula available from Clifford analysis, the book examines how functions of a finite collection of operators can be formed when the Weyl calculus is not defined. The technique is applied to the determination of the support of the fundamental solution of a symmetric hyperbolic system of partial differential equations and to proving the boundedness of the Cauchy integral operator on a Lipschitz surface.