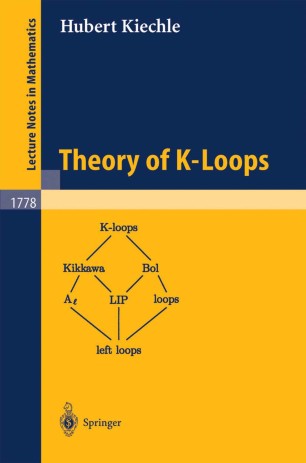 The book contains the first systematic exposition of the current known theory of K-loops, as well as some new material. In particular, big classes of examples are constructed. The theory for sharply 2-transitive groups is generalized to the theory of Frobenius groups with many involutions. A detailed discussion of the relativistic velocity addition based on the author's construction of K-loops from classical groups is also included. The first chapters of the book can be used as a text, the later chapters are research notes, and only partially suitable for the classroom. The style is concise, but complete proofs are given. The prerequisites are a basic knowledge of algebra such as groups, fields, and vector spaces with forms.