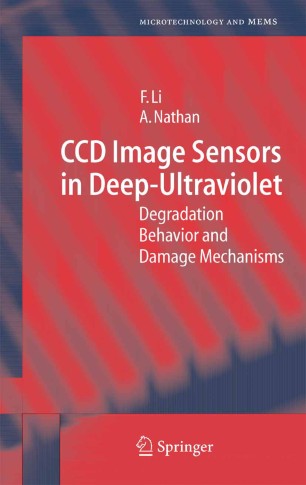 Part of the Microtechnology and Mems book series (MEMS)

As the deep-ultraviolet (DUV) laser technology continues to mature, an increasing number of industrial and manufacturing applications are emerging. For example, the new generation of semiconductor inspection systems is being pushed to image at increasingly shorter DUV wavelengths to facilitate inspection of deep sub-micron features in integrated circuits. DUV-sensitive charge-coupled device (CCD) cameras are in demand for these applications. Although CCD cameras that are responsive at DUV wavelengths are now available, their long-term stability is still a major concern. This book describes the degradation mechanisms and long-term performance of CCDs in the DUV, along with new results of device performance at these wavelengths.