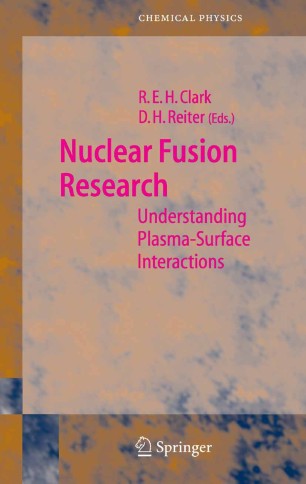 It became clear in the early days of fusion research that the effects of the containment vessel (erosion of "impurities") degrade the overall fusion plasma performance. Progress in controlled nuclear fusion research over the last decade has led to magnetically confined plasmas that, in turn, are sufficiently powerful to damage the vessel structures over its lifetime. This book reviews current understanding and concepts to deal with this remaining critical design issue for fusion reactors. It reviews both progress and open questions, largely in terms of available and sought-after plasma-surface interaction data and atomic/molecular data related to these "plasma edge" issues.