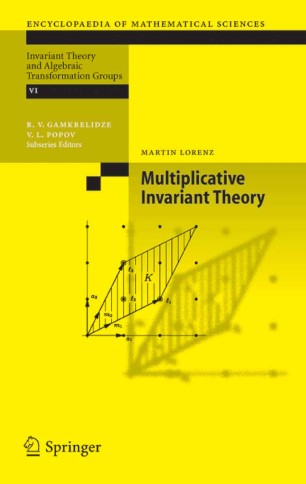 Multiplicative invariant theory, as a research area in its own right within the wider spectrum of invariant theory, is of relatively recent vintage. The present text offers a coherent account of the basic results achieved thus far..

Multiplicative invariant theory is intimately tied to integral representations of finite groups. Therefore, the field has a predominantly discrete, algebraic flavor. Geometry, specifically the theory of algebraic groups, enters through Weyl groups and their root lattices as well as via character lattices of algebraic tori.

The book is intended for graduate and postgraduate students as well as researchers in integral representation theory, commutative algebra and, mostly, invariant theory.