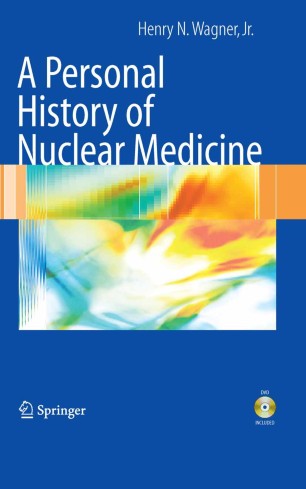 A Personal History of Nuclear Medicine

In A Personal History of Nuclear Medicine, Dr. Henry N. Wagner, Jr. outlines his significant contribution to the field of nuclear medicine over the past half-century, while also discussing the hurdles that the field faced in becoming a major component of modern medical practice. Further, the author explores challenges within the academic and medical establishments, which have often been known for resisting change

Dr. Henry N. Wagner, Jr. is an international authority on nuclear medicine. His pioneering work in imaging brain neuroreceptors paved the way for groundbreaking research in addiction and drug design, and increased understanding of the physiology and pathophysiology of the brain. During his 56-year association with The Johns Hopkins University, he has trained more than 500 radiologists, internists, physicians, and scientists, eight of whom have held, as he has, the position of President of the Society of Nuclear Medicine. In 1985 he was awarded the Georg Von Hevesy Award and in 1993 Dr. Wagner was awarded the first Annual Society of Nuclear Medicine President’s Award for Outstanding Contributions to nuclear medicine.