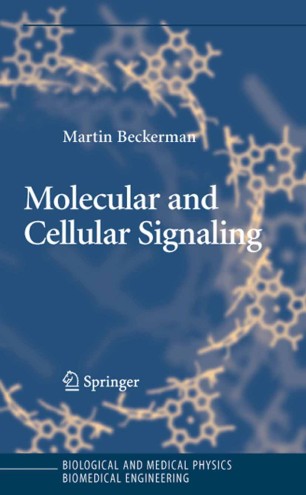 Molecular and Cellular Signaling provides an introduction to molecular and cellular signaling in biological systems with an emphasis on the underlying physical principles. The text is aimed at upper-level undergraduates, graduate students and individuals in medicine and pharmacology interested in broadening their understanding of how cells regulate and coordinate their core activities and how diseases arise when these regulatory systems malfunction, as well as those in chemistry, physics and computer science interested in pursuing careers in biological and medical physics, bioinformatics and systems biology.

To that end, the book includes background information and review sections, and chapters on signaling in the immune, endocrine (hormonal) and nervous systems. It has chapters on cancer, apoptosis and gene regulation, and contains chapters on bacteria and viruses. In those chapters not specifically devoted to pathogens, connections between diseases, drugs and signaling are made. Each chapter also features a problem set to facilitate further discussion and understanding.

Martin Beckerman, Ph.D. is Senior Scientist at the Center forMartin Beckerman, PhD, is a senior research scientist at the Department of Energy/National Nuclear Security Administration’s Y-12 National Security Complex in Oak Ridge, TN. Prior to assuming his current position at the Y-12 NSC, Dr. Beckerman held teaching and research positions at the Weizmann Institute of Science, the University of Rochester, the Massachusetts Institute of Technology, the University of Tennessee and the Oak Ridge National Laboratory. He has authored over 130 publications and has been included in 1400 citations.