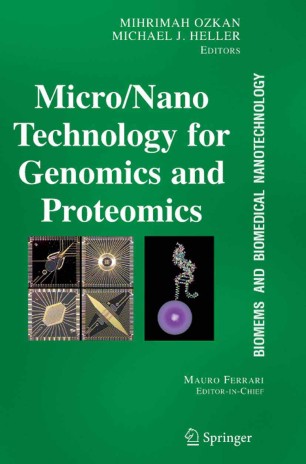 Dr. Mihri Ozkan is currently an Assistant Professor in the Department of Electrical Engineering at UC-Riverside with a research focus in nanotechnology and its applications in biology and engineering. She received her Ph.D. degree in the Department of Electrical and Computer Engineering at UC-San Diego and her M.S. degree in the Department of Materials Science and Engineering at Stanford University. She has over four years of industrial experience including at Applied Materials, Analog Devices and at IBM Almaden Research Center. Her awards and honors include "Emerging Scholar Award of 2005" by the American Association of University Women, "Invited participant of Kecks Future Initiative" (2005) by the National Academy of Science, "Regents Faculty Excellence Award" (2001 and 2004), "Visionary Science Award" (2003), "Technical Ingenuity Award" (2003), "Research Leadership Award" (2003), "Selected US team member in US-Japan Nanotechnology Symposium" (2003), and "Best graduate student awards" from the Materials Research Society, the Society of Biomedical Engineering and Jacobs School of Engineering (1999, 2000, 2001). Dr. Ozkan’s research is recognized as "frontier research" by the Virtual Journal of Nanoscale Science & Technology (edited by Dr. David Awschalom) and featured many times in public newspapers, on the cover of journals, online news sites and newsletters. She is an active board member and treasurer in the International Society for BioMEMS and Biomedical Nanotechnology. Her editorial activities include the Journal of Sensors and Actuators B and the Journal of Biomedical Microdevices. She holds more than 25 patent disclosures and about 8 US-patents.

Professor Michael J. Heller began his position at University of California, San Diego in July 2001. He has a joint appointment between the departments of Bioengineering and Electrical and Computer Engineering (ECE). His experience (academic and industrial) includes many areas of biotechnology and biomedical instrumentation, with particular expertise in DNA synthesis, DNA microarray diagnostics and optoelectronic based biosensor technologies. Dr. Heller has been the co-founder of three high-tech companies: Nanogen, Nanotronics and Integrated DNA Technologies. Dr. Heller's most recent work involved the development of an integrated microelectronic array based system for genotyping, genetic and infectious disease diagnostics, protein analysis, cell separations and for nanofabrication applications. Dr. Heller has a respectable publication record, and has been an invited speaker to a large number of scientific conferences and meetings related to DNA microarrays, biosensors, lab-on-a-chip devices, bio-MEMS and nanotechnology. He has over 30 issued US patents related to microelectronic chips, microarrays and integrated devices for DNA hybridization, miniaturized sample to answer diagnostic devices, biosensors, genomics, proteomics, nanotechnology and nanofabrication, nano-based DNA optical storage and for fluorescent energy transfer in DNA nanostructures. Dr. Heller has been a panel member for the NAS(NAE) Review of National Nanotechnology Initiative 2001-2002; the NAS(NAE Engineer for the 2020 - 2001/2002; the White House (OSTP) National Nanotechnology Initiative 1999/2000; and has also been involved in a number of NSF Nanotechnology Workshops.

Professor Mauro Ferrari is a pioneer in the fields of bioMEMS and biomedical nanotechnology. As a leading academic, a dedicated entrepreneur, and a vision setter for the Nation's premier Federal programs in nanomedicine, he brings a three-fold vantage perspective to his roles as Editor-in-Chief for this work. Dr. Ferrari has authored or co-authored over 150 scientific publications, 6 books, and over 20 US and

Several private sector companies originated from his laboratories at the Ohio State University and the University of California at Berkeley over the years. On a Federal assignment as Special

Expert in Nanotechnology and Eminent Scholar, he has provided the scientific leadership for the development of the Alliance for Cancer Nanotechnology of the National Cancer Institute, the world-largest medical nanotechnology operation to date. Dr. Ferrari trained in mathematical physics in Italy, obtained his Master's and Ph.D. in Mechanical