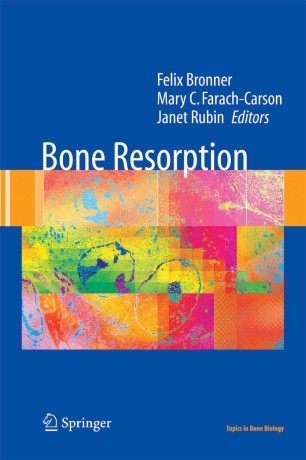 Bone Resorption, the second volume in the series Topics in Bone Biology, deals with the osteoclast, the bone-resorbing cell, its origins, its enzymes, the regulation of osteoclast activity, and structural aspects of bone resorption. Diseases involving osteoclast function are discussed from the genetic viewpoint in two chapters that span transgenic mouse models to human pathology. Another chapter treats diseases of osteoclast function. Because osteoporosis may be considered a disease in which the bone resorption rate exceeds formation, a separate chapter deals with current and potential therapeutic approaches to this widespread disease that affects both men and women. Bone metastases and an analysis of the central role of the osteoclast in this condition are treated in the concluding chapter.

The reviews in the book are essential reading for clinicians, researchers and students in a variety of fields: skeletal biology and orthopedics, nutrition, rheumatology, endocrinology, nephrology, oncology, dentistry, nursing, and chiropractic medicine. Together with the earlier volume on Bone Formation, this volumes serves as a beacon to a field that has become a major topic for those who study the health concerns of the aged, the very young, athletes and those with cancer.