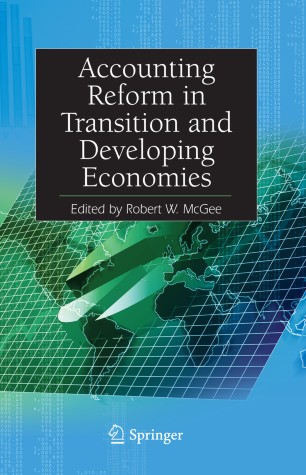 Accounting Reform in Transition and Developing Economies is the fourth in a series to examine accounting and financial system reform in transition and developing economies. The first book used Russia as a case study. The second volume examined some additional aspects of the reform in Russia and also looked at the accounting and financial system reform efforts that are being made in Ukraine, Bosnia and Herzegovina, Armenia, Eastern Europe and Central Asia. The third volume examined taxation and public finance in transition and developing economies.

The present volume examines accounting reform in these economies. It is divided into five parts. Part 1 consists of 14 studies that examine various aspects of accounting reform in different countries. Part 2 includes 10 chapters on how accounting education has been reformed in some former Soviet republics and countries in Central and Eastern Europe. Part 3 examines recent developments in accounting certification in Central Asia, the former Soviet Union and Central and Eastern Europe. Part 4 includes three studies on corporate governance. Part 5 examines the views on tax evasion in ten transition economies.

Robert W. McGee is a professsor at the Florida International University, USA. He has doctorates in accounting, economics, law and philosophy. He is an attorney, certified public accountant, certified management accountant and economist and has worked on the USAID Accounting Reform projects in Russia, Armenia and Bosnia & Herzegovina and was a nonresident advisor for the USAID Accounting Reform projects in Georgia and Kazakhstan. He has also taught in China. He has published more than 40 books and more than 300 scholarly articles in the fields of accounting, taxation, economics, law and philosophy. He is co-author of Accounting and Financial System Reform in a Transition Economy: A Case Study of Russia, which is forthcoming from Springer Science.