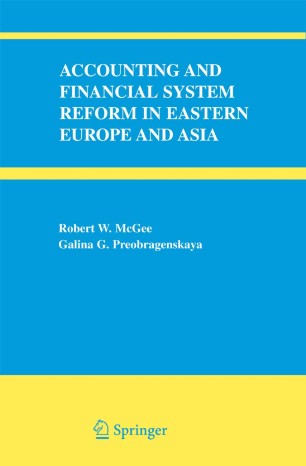 Accounting and Financial Systems Reform in Eastern Europe and Asia

Accounting and Financial System Reform in Eastern Europe and Asia is the second in a series to examine accounting and financial system reform in transition economies. The first book used Russia as a case study. The present volume in the series examines some additional aspects of the reform in Russia and also looks at the accounting and financial system reform efforts that are being made in Ukraine, Bosnia & Herzegovina, Armenia and five Central Asian republics.

The series focuses on accounting reform, including the adoption and implementation of International Financial Reporting Standards; accounting education in both the universities and the private sector; accounting certification; corporate governance; and taxation and public finance.