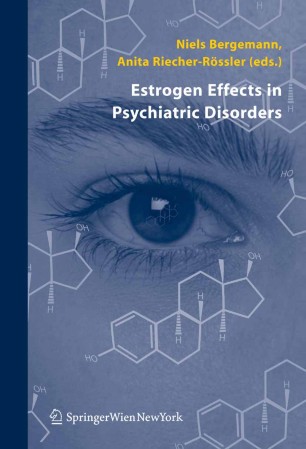 A number of studies, mostly focusing on estrogen replacement therapy in women, have reported beneficial actions of these hormones on various neurobiological and neuropathological parameters in health and disease. Recent research has focused on gender differences and there is increasing evidence that estrogens exert protective effects in schizophrenia. Hormonal fluctuations or lack of estrogen may increase the risk of depression among vulnerable women. Treatment of depression with estrogen may stabilize and restore disrupted homeostasis – as during post-partum, premenstrual, or perimenopausal conditions – and act as a psychomodulator to offset vulnerability to dysphoric mood when estrogen levels are significantly decreased, as in the case of postmenopausal women. Studies on the effect of estrogens on Alzheimer’s Disease are still rather controversial, they do, however, facilitate the hypothesis that estrogens may have a modifying effect on the onset and course of AD, at least in subgroups of patients.