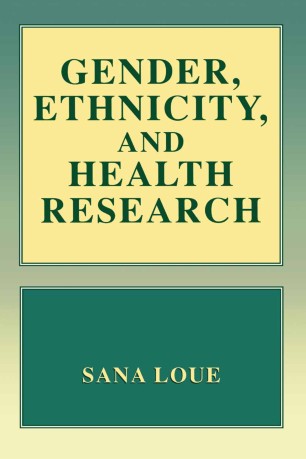 Health researchers routinely evaluate health and illness across subgroups defined by their sex, gender, ethnicity, and race. All too often, these classifications are proffered as an explanation for any differences that may be detected, for example, in access to care, frequency of disease, or response to treatment. Relatively few researchers, however, have examined what these classifications mean on a theoretical level or in the context of their own research. Assume, for example, that a researcher concludes from his or her data that African- Americans utilize certain surgical procedures less frequently than whites. This conclusion may mean little without an examination of the various underlying issues. Is there such a construct as race at all? How were whites and African-Americans classified as such? Does this finding reflect inappropriate overutilization of the specific procedures among whites or inappropriate underutilization among African-Americans? To what extent are socioeconomic status and method of payment related to the less frequent use? Are there differences in the manner in which health care providers present the various treatment options to whites and to African- Americans that could account for these differences in utilization? Are there differences in health care-seeking and health care preferences between the two groups that would explain the difference in utilization? Is the racial classification a surrogate measure for another variable that has remained unidentified and unmeasured? All too often, unfortunately, such issues are ignored or lightly dismissed with an entreaty for additional research.