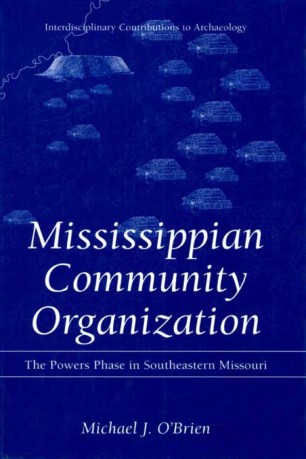 The Powers Phase in Southeastern Missouri

The Powers Phase Project was a multiyear archaeological program undertaken in southeastern Missouri by the University of Michigan in the late 1960s and early 1970s. The project focused on the occupation of a large Pleistocene-age terrace in the Little Black River Lowland—a large expanse of lowlying land just east of the Ozark Highland—between roughly A. D. 1250 and A. D. 1400. The largest site in the region is Powers Fort—a palisaded mound center that - ceived archaeological attention as early as the late nineteenth century. Archa- logical surveys conducted south of Powers Fort in the 1960s revealed the pr- ence of numerous smaller sites of varying size that contained artifact assemblages similar to those from the larger center. Collectively the settlement aggregation became known as the Powers phase. Test excavations indicated that at least some of the smaller sites contained burned structures and that the burning had sealed household items on the floors below the collapsed architectural e- ments. Thus there appeared to be an opportunity to examine a late prehistoric settlement system to a degree not possible previously. Not only could the s- tial relation of communities in the system be ascertained, but the fact that str- tures within the communities had burned appeared to provide a unique opp- tunity to examine such things as differences in household items between and among structures and where various activities had occurred within a house. With these ideas in mind, James B. Griffin and James E.