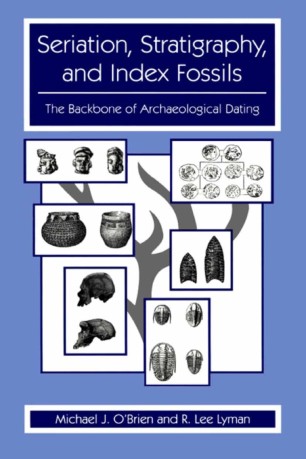 The Backbone of Archaeological Dating

It is difficult for today's students of archaeology to imagine an era when chronometric dating methods were unavailable. However, even a casual perusal of the large body of literature that arose during the first half of the twentieth century reveals a battery of clever methods used to determine the relative ages of archaeological phenomena, often with considerable precision.
Stratigraphic excavation is perhaps the best known of the various relative-dating methods used by prehistorians. Although there are several techniques of using artifacts from superposed strata to measure time, these are rarely if ever differentiated. Rather, common practice is to categorize them under the heading `stratigraphic excavation'. This text distinguishes among the several techniques and argues that stratigraphic excavation tends to result in discontinuous measures of time - a point little appreciated by modern archaeologists.
Although not as well known as stratigraphic excavation, two other methods of relative dating have figured important in Americanist archaeology: seriation and the use of index fossils. The latter (like stratigraphic excavation) measures time discontinuously, while the former - in various guises - measures time continuously. Perhaps no other method used in archaeology is as misunderstood as seriation, and the authors provide detailed descriptions and examples of each of its three different techniques.
Each method and technique of relative dating is placed in historical perspective, with particular focus on developments in North America, an approach that allows a more complete understanding of the methods described, both in terms of analytical technique and disciplinary history. This text will appeal to all archaeologists, from graduate students to seasoned professionals, who want to learn more about the backbone of archaeological dating.