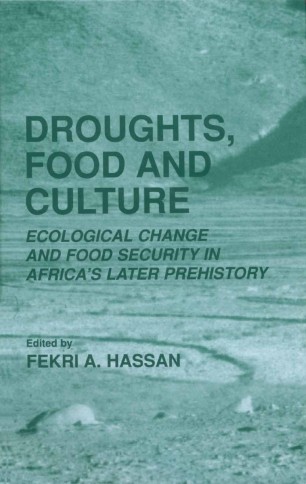 Recent droughts in Africa and elsewhere in the world, from China to Peru, have serious implications for food security and grave consequences for local and international politics. The issues do not just concern the plight of African peoples, but also our global ecological future.
Global climatic changes become manifest initially in regions that are marginal or unstable. Africa's Sahel zone is one of the most sensitive climatic regions in the world and the events that have gripped that region beginning in the 1970's were the first indicator of a significant shift in global climatic conditions.
This work aims to bring archaeology with the domain on contemporary human affairs and to forge a new methodology for coping with environmental problems from an archaeological perspective. Using the later prehistory of Africa as a comparison, the utility of this methodological strategy in interpreting culture change and assessing long-term response to current, global climatic fluctuations is examined and understood.