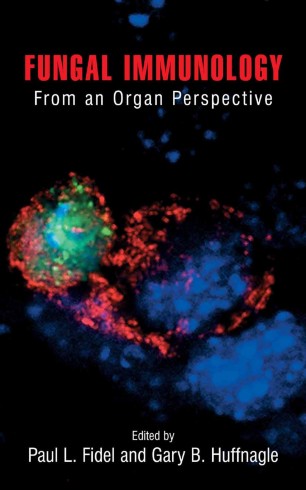 From an Organ Perspective

Fungal immunology, an expanding field of research, studies the interaction between fungi and the immune system. Modulated immunity as well as evasive mechanisms played by fungi all contribute to the chronicity and reoccurrence of fungal infections. Hypersensitivity to various fungal elements plays a major role in the pathogenesis of many diseases.

This book will serve as a comprehensive review of all known immune mechanisms for common medically important fungal pathogens. Its novelty lies in the organization: Rather than chapters devoted to specific fungi, chapters are organized by organ system. All other texts in the field, which are now quite old, are arranged according to specific fungi. Organization by body system rather than fungi is important because one particular fungus can have a different effect on defense mechanisms in different parts of the body.