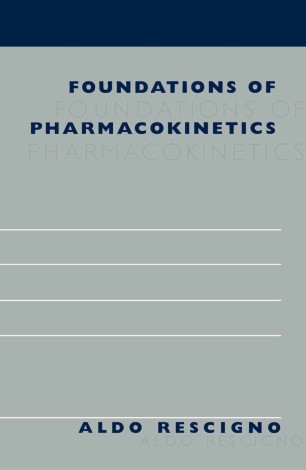 This book has its origin in my experience as a teacher of pharmacokinetics in many universities in four different continents. It was not my intention to write a popular book; what distinguishes this one from many others on the same subject is its large use of algebra and calculus. For this I make no apologies; in fact a serious study of pharmacokinetics without the help of mathematics is, in my opinion, impossible. The exact definition of many pharmacokinetic quantities, even the most common, and the correct use of many equations, even the most simple, requires the constant use of mathematical language. On the other hand I have made a considerable effort to use only elementary algebra and elementary calculus, as commonly taught in most introductory university courses. For the few exceptions, when less common mathematical concepts were needed, I have supplied the necessary explanations in four appendices. The first three chapters are a general introduction to the scientific method. Chapters 4 to 12 show different specific methods to deal with pharmacokinetic pr- lems. There is considerable overlap among those chapters; this is intentional and its p- pose is to convince the reader that every problem can be solved in more than one way, including ways that were not mentioned in this book and that intelligent readers can find for their own pleasure. Chapters 13 to 17 show how different parameters of importance in pharmacokinetics can be exactly defined and measured.