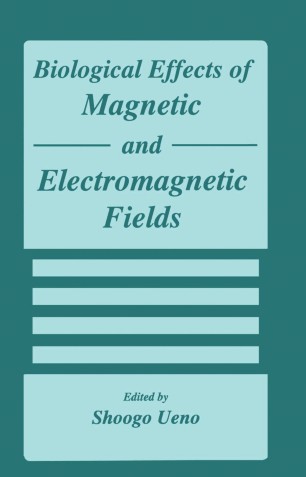 The International Symposium on Biological Effects of Magnetic and Electrom- netic Fields was held from September 3-4, 1993 at Kyushu University in Fukuoka . Japan . Originally, it was only intended to be an informal gathering of many scientists who had accepted my invitation to visit Kyushu University after the XXIVth General Assembly of the International Union of Radio Science (URSI), held in Kyoto prior to our symposium . However, since so many distinguished scientists were able to come, it was decided that a more formal symposium would be possible . It was a very productive symposium and, as a result, many of the guests consented that it would be a good idea to gather all the information put forth at the meeting and have it published. In addition, although they were unfortunately unable to attend the symposium . many other distinguished scientists had also expressed their wish to contribute to this effort and, in so doing. help to increase understanding in this, as yet, relatively immature field of science . The question of both positive and negative effects of magnetic and electromagnetic fields on biological systems has become more and more important in our world today as they .