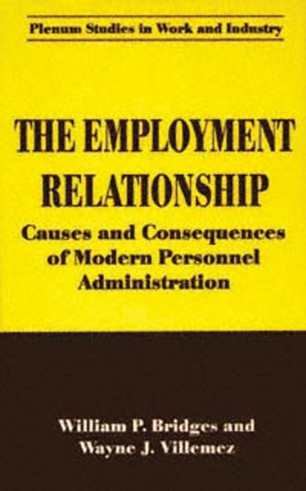 In 1979, serious research was just beginning on the connections between stratification outcomes and organizations. Data suitable for investigating these connections were scarce, and the general wisdom was that they would remain scarce--since organizational case studies were seen as the only means of gathering linked individual and organizational data. The case study approach does allow one to link the two types of data, but gathering such data on more than a few organizations is prohibitively expensive and difficult, and having only a few organizations limits g- eralizability. To help solve this problem, we developed the idea of a survey of a random sample of several thousand employed individuals, followed by a second survey of their several thousand employing or- nizations. This method, we reasoned, would provide us with a gen- alizable, simple random sample of individuals, coupled with a weighted random sample of organizations (weighted, of course, by size of orga- zation). An added benefit would be that these valuable data could be gathered by a survey organization for the price of two simple surveys. It was not an easy idea to sell. We developed it into a proposal to the National Science Foundation (NSF), and though the reviewers were o- erwise sympathetic, they were almost unanimous in their contention that such a survey would not work because "obviously" the great maj- ity of respondents would refuse to reveal exactly who their employers were.