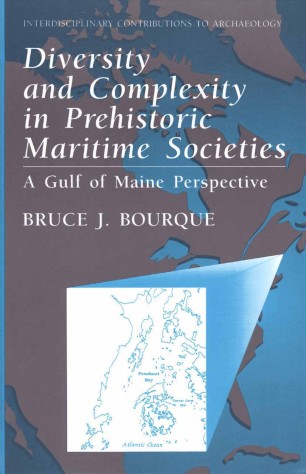 A Gulf of Maine Perspective

New England archaeology has not always been everyone's cup of tea; only late in the Golden of nineteenth-century archaeology, as archaeology's focus turned westward, did a few pioneers look northward as well, causing a brief flurry of investigation and excavation. Between 1892 and 1894, Charles C. Willoughby did some exemplary excavations at three small burial sites in Bucksport, Orland, and Ellsworth, Maine, and made some models of that activity for exhibition at the Chicago World's Fair. These activities were encouraged by E Putnam, director of the Harvard Peabody Museum and head of anthropology at the "Columbian" Exposition. Even earlier, another director of the Peabody, Jeffries Wyman, spawned some real interest in the shellheaps of the Maine coast, but that did not last very long. Twentieth-century New England archaeology, specifically in Maine, was--for its first fifty years--rather low key too, with short-lived but important activity by Arlo and Oric (a Bates Harvard student) prior to World War Later, I. another Massachusetts institution, the Peabody Foundation at Andover, took some minor but responsible steps toward further understanding of the area's prehistoric past.