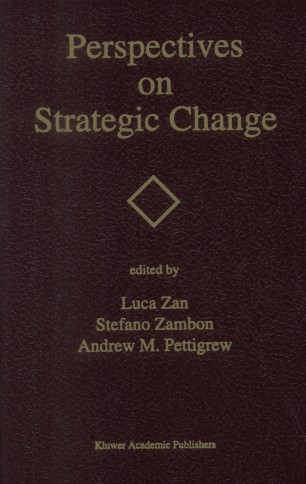 Luca Zan, Stefano Zambon, Andrew M. Pettigrew This book has developed from an international research workshop organ­ ized by the Dipartimento di Economia e Direzione Aziendale, University of Venice, and the Centre for Corporate Strategy and Change, Warwick Business School, University of Warwick. The purpose of the workshop was to foster the growth of a European network of scholars and to help create a "European perspective" in studying strategic change. The ten chapters in this book were first presented in Venice in May 1991 and have been substantially revised since then. The ten commentaries on the chapters are in most cases substantial developments of the oral responses made at the workshop, as indeed is the final review chapter by Andrew Van de Ven. The theme of this book, the study of strategic change processes, remains as theoretically alive and empirically real in the 1990s as it did in the 1980s. For many organizations in the European and North American context, the 1980s was an era of radical change. In this respect there is a wide array of examples. Structural changes in old industries such as coal, shipbuilding, steel, and heavy engineering led to a great employment loss and the impoverishment of certain regional economies that had remained dependent on those industries. But it was not just the old industries that X INTRODUCTION experienced major change during the 1980s.