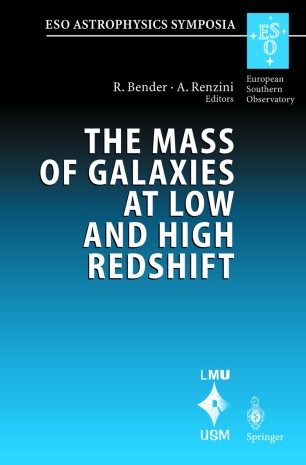 The Mass of Galaxies at Low and High Redshift

Measuring the masses of galaxies as a function of redshift is perhaps one of the most challenging open issues in current astronomical research. The evolution of the baryonic and dark matter components of galaxies is not only a critical test of the hierarchical formation paradigm, but ultimately also provides new clues on the complex interplay between star formation, the cooling and heating of gas and galaxy merging processes.

This book reviews current techniques to measure the baryonic (stellar) and dark masses of nearby galaxies, and focusses on ongoing attempts to measure theses same quantities in galaxies at higher and higher redshifts. It also gives room to future perspectives, with special emphasis on new survey projects and satellite missions.