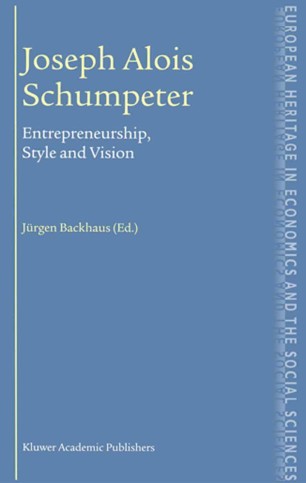 Part of the The European Heritage in Economics and the Social Sciences book series (EHES, volume 1)

Joseph Alois Schumpeter is arguably the most important economist of the 20th century. Most readers are familiar with his Theory of Economic Development and his classic Capitalism, Socialism and Democracy. Less well-known are his seminal works published before he left Europe for the United States in 1942. In particular for the first time the missing Chapter Seven of his Theory of Economic Development has been published in this volume. It tries to put Economic Development into the broader context of culture, law and policy. Many of his earlier writings display a similar integrative approach and are therefore often treated as sociological writings. As Capitalism, Socialism and Democracy shows, he did not dissociate the different social sciences in his own mind but rather strove to keep the unity of the social sciences. Entrepreneurship, style and vision are the unifying concepts of his work.