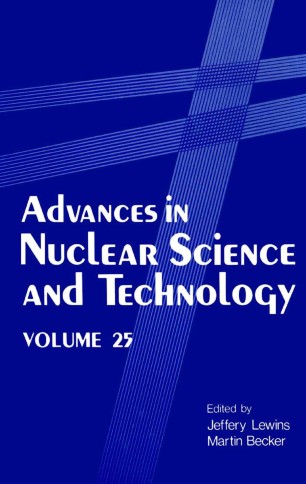 The present review volume not only covers a wide range of topics pertinent to nuclear science and technology, but has attracted a distinguished international authorship, for which the editors are grateful. The opening review by Drs. Janet Tawn and Richard Wakeford addresses the difficult matter of questioning sci- tific hypotheses in a court of law. The United Kingdom experienced a substantial nuclear accident in the 1950s in the form of the Windscale Pile fire. This in itself had both good and bad consequences; the setting up of a licensing authority to ensure nuclear safety was one, the understandable public sentiment concerning nuclear power (despite the fire occurring in a weapons pile) the other. Windscale today is subsumed in the reprocessing plant at Sellafield operated by British Nuclear Fuels plc and it was inevitable perhaps that when an excess cluster of childhood leukaemia was observed in the nearby village of Seascale that public concern should be promoted by the media, leading to the hearing of a claim of compensation brought on behalf of two of the families of BNFLs workers who had suffered that loss. The review article demonstrates the complexity of und- standing such a claim against the statistical fluctuations inherent and shows how the courts were persuaded of the need to propose a biological mechanism if responsibility were to be held. The Company were undoubtedly relieved by the finding.