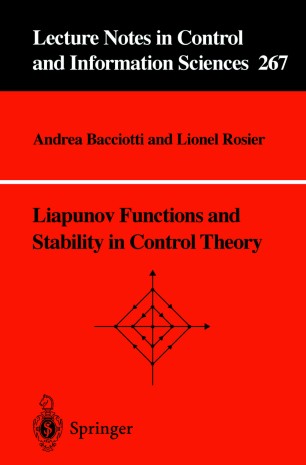 The main purpose of this work is to present a modern and self-contained treatment of the Liapunov method for stability analysis, in the framework of mathematical nonlinear control theory. We focus in particular on the problem of the existence of Liapunov functions (converse Liapunov theorems) and their regularity, whose interest is especially motivated by applications to automatic control (boundedness of state evolution with respect to bounded inputs, stabilization by feedback). Many recent results in this area have been collected and presented in a systematic way. Some of them are given in extended, unified versions and with new, simpler proofs.