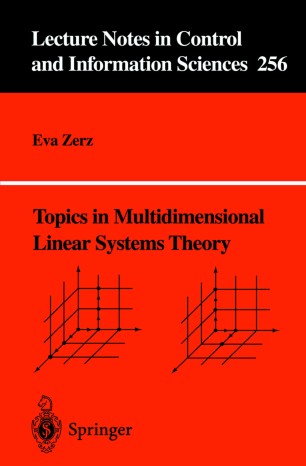 The past few decades have witnessed an increasing interest in the field of multidimensional systems theory. This is concerned with systems whose trajectories depend not on one single variable (usually interpreted as time or frequency), but on several independent variables, such as the coordinates of an image.
The behavioural approach introduced by J. C. Willems provides a particularly suitable framework for developing a linear systems theory in several variables. The book deals with the classical concepts of autonomy, controllability, observability, and stabilizability. All the tests and criteria given are constructive in the sense that algorithmic versions may be implemented in modern computer algebra systems, using Gröbner basis techniques.
There is a close connection between multidimensional systems theory and robust control of one-dimensional systems with several uncertain parameters. The central link consists in the basic tool of linear fractional transformations. The book concludes with examples from the theory of electrical networks.