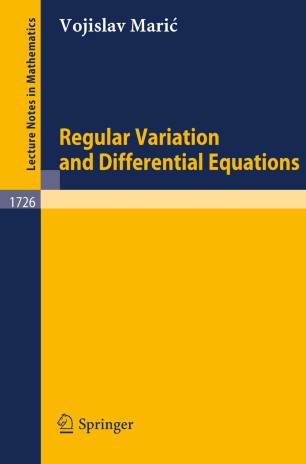 This is the first book offering an application of regular variation to the qualitative theory of differential equations. The notion of regular variation, introduced by Karamata (1930), extended by several scientists, most significantly de Haan (1970), is a powerful tool in studying asymptotics in various branches of analysis and in probability theory. Here, some asymptotic properties (including non-oscillation) of solutions of second order linear and of some non-linear equations are proved by means of a new method that the well-developed theory of regular variation has yielded. A good graduate course both in real analysis and in differential equations suffices for understanding the book.