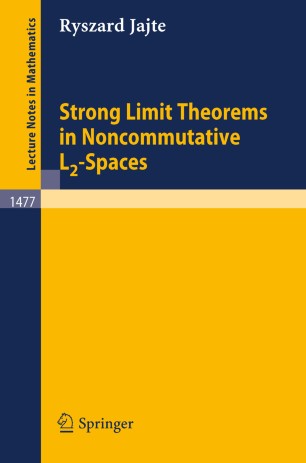 The noncommutative versions of fundamental classical results on the almost sure convergence in L2-spaces are discussed: individual ergodic theorems, strong laws of large numbers, theorems on convergence of orthogonal series, of martingales of powers of contractions etc. The proofs introduce new techniques in von Neumann algebras. The reader is assumed to master the fundamentals of functional analysis and probability. The book is written mainly for mathematicians and physicists familiar with probability theory and interested in applications of operator algebras to quantum statistical mechanics.