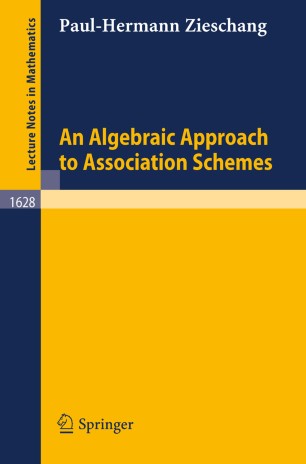 An Algebraic Approach to Association Schemes

The primary object of the lecture notes is to develop a treatment of association schemes analogous to that which has been so successful in the theory of finite groups. The main chapters are decomposition theory, representation theory, and the theory of generators. Tits buildings come into play when the theory of generators is developed. Here, the buildings play the role which, in group theory, is played by the Coxeter groups. - The text is intended for students as well as for researchers in algebra, in particular in algebraic combinatorics.