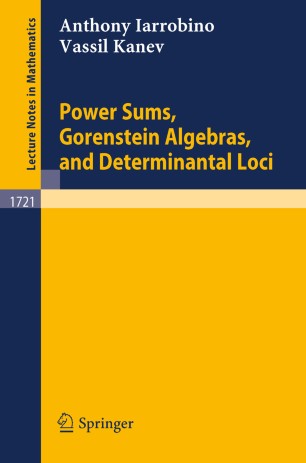 This book treats the theory of representations of homogeneous polynomials as sums of powers of linear forms. The first two chapters are introductory, and focus on binary forms and Waring's problem. Then the author's recent work is presented mainly on the representation of forms in three or more variables as sums of powers of relatively few linear forms. The methods used are drawn from seemingly unrelated areas of commutative algebra and algebraic geometry, including the theories of determinantal varieties, of classifying spaces of Gorenstein-Artin algebras, and of Hilbert schemes of zero-dimensional subschemes. Of the many concrete examples given, some are calculated with the aid of the computer algebra program "Macaulay", illustrating the abstract material. The final chapter considers open problems. This book will be of interest to graduate students, beginning researchers, and seasoned specialists. Prerequisite is a basic knowledge of commutative algebra and algebraic geometry.