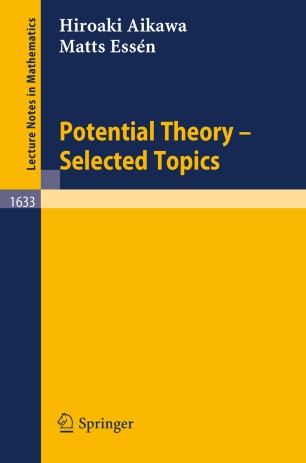 The first part of these lecture notes is an introduction to potential theory to prepare the reader for later parts, which can be used as the basis for a series of advanced lectures/seminars on potential theory/harmonic analysis. Topics covered in the book include minimal thinness, quasiadditivity of capacity, applications of singular integrals to potential theory, L(p)-capacity theory, fine limits of the Nagel-Stein boundary limit theorem and integrability of superharmonic functions. The notes are written for an audience familiar with the theory of integration, distributions and basic functional analysis.