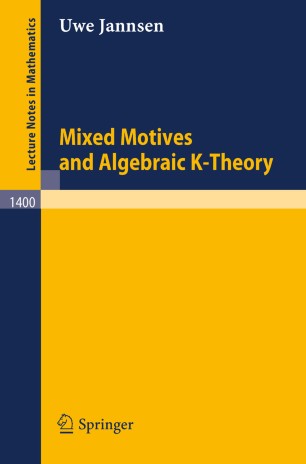 The relations that could or should exist between algebraic cycles, algebraic K-theory, and the cohomology of - possibly singular - varieties, are the topic of investigation of this book. The author proceeds in an axiomatic way, combining the concepts of twisted Poincaré duality theories, weights, and tensor categories. One thus arrives at generalizations to arbitrary varieties of the Hodge and Tate conjectures to explicit conjectures on l-adic Chern characters for global fields and to certain counterexamples for more general fields. It is to be hoped that these relations ions will in due course be explained by a suitable tensor category of mixed motives. An approximation to this is constructed in the setting of absolute Hodge cycles, by extending this theory to arbitrary varieties. The book can serve both as a guide for the researcher, and as an introduction to these ideas for the non-expert, provided (s)he knows or is willing to learn about K-theory and the standard cohomology theories of algebraic varieties.