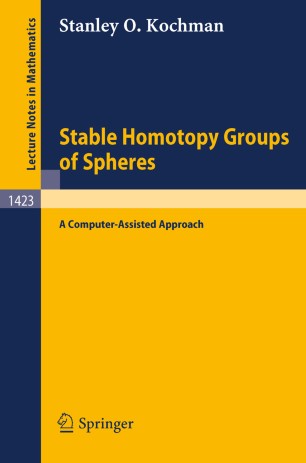 A central problem in algebraic topology is the calculation of the values of the stable homotopy groups of spheres +*S. In this book, a new method for this is developed based upon the analysis of the Atiyah-Hirzebruch spectral sequence. After the tools for this analysis are developed, these methods are applied to compute inductively the first 64 stable stems, a substantial improvement over the previously known 45. Much of this computation is algorithmic and is done by computer. As an application, an element of degree 62 of Kervaire invariant one is shown to have order two. This book will be useful to algebraic topologists and graduate students with a knowledge of basic homotopy theory and Brown-Peterson homology; for its methods, as a reference on the structure of the first 64 stable stems and for the tables depicting the behavior of the Atiyah-Hirzebruch and classical Adams spectral sequences through degree 64.