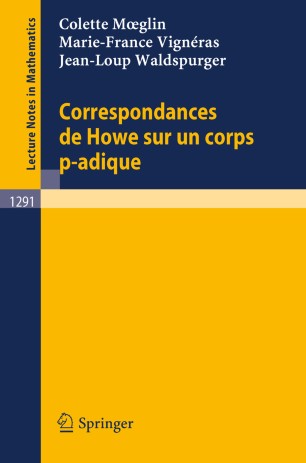 This book grew out of seminar held at the University of Paris 7 during the academic year 1985-86. The aim of the seminar was to give an exposition of the theory of the Metaplectic Representation (or Weil Representation) over a p-adic field. The book begins with the algebraic theory of symplectic and unitary spaces and a general presentation of metaplectic representations. It continues with exposés on the recent work of Kudla (Howe Conjecture and induction) and of Howe (proof of the conjecture in the unramified case, representations of low rank). These lecture notes contain several original results. The book assumes some background in geometry and arithmetic (symplectic forms, quadratic forms, reductive groups, etc.), and with the theory of reductive groups over a p-adic field. It is written for researchers in p-adic reductive groups, including number theorists with an interest in the role played by the Weil Representation and -series in the theory of automorphic forms.