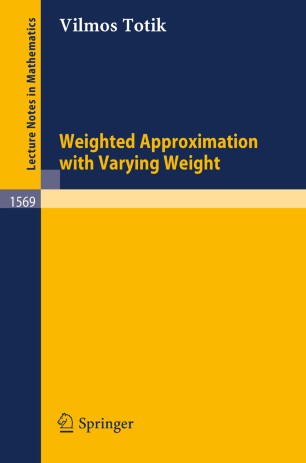 A new construction is given for approximating a logarithmic potential by a discrete one. This yields a new approach to approximation with weighted polynomials of the form w"n"(" "= uppercase)P"n"(" "= uppercase). The new technique settles several open problems, and it leads to a simple proof for the strong asymptotics on some L p(uppercase) extremal problems on the real line with exponential weights, which, for the case p=2, are equivalent to power- type asymptotics for the leading coefficients of the corresponding orthogonal polynomials. The method is also modified toyield (in a sense) uniformly good approximation on the whole support. This allows one to deduce strong asymptotics in some L p(uppercase) extremal problems with varying weights. Applications are given, relating to fast decreasing polynomials, asymptotic behavior of orthogonal polynomials and multipoint Pade approximation. The approach is potential-theoretic, but the text is self-contained.