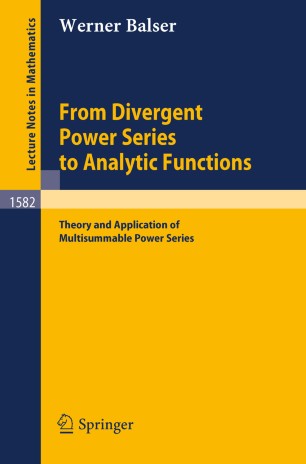 Multisummability is a method which, for certain formal power series with radius of convergence equal to zero, produces an analytic function having the formal series as its asymptotic expansion. This book presents the theory of multisummabi- lity, and as an application, contains a proof of the fact that all formal power series solutions of non-linear meromorphic ODE are multisummable. It will be of use to graduate students and researchers in mathematics and theoretical physics, and especially to those who encounter formal power series to (physical) equations with rapidly, but regularly, growing coefficients.