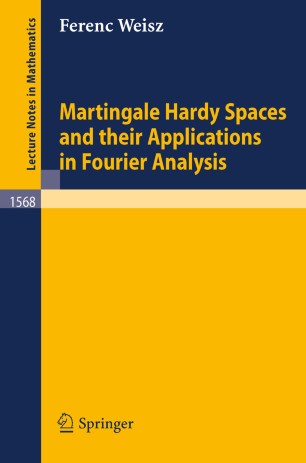 Martingale Hardy Spaces and their Applications in Fourier Analysis

This book deals with the theory of one- and two-parameter martingale Hardy spaces and their use in Fourier analysis, and gives a summary of the latest results in this field. A method that can be applied for both one- and two-parameter cases, the so-called atomic decomposition method, is improved and provides a new and common construction of the theory of one- and two-parameter martingale Hardy spaces. A new proof of Carleson's convergence result using martingale methods for Fourier series is given with martingale methods. The book is accessible to readers familiar with the fundamentals of probability theory and analysis. It is intended for researchers and graduate students interested in martingale theory, Fourier analysis and in the relation between them.