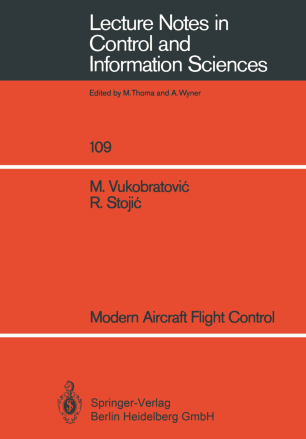 A complete dynamic model of flight dynamics is presented. Based on this model, the inverse problem and that of the synthesis of programmed motion are solved. A new approach to decoupled control of large-scale nonlinear systems is applied to dynamic flight control. Control synthesis is performed in two steps. First the nominal programmed control is synthesized using the complete model of flight dynamics. This nominal control should realize nominal trajectory under ideal conditions with no perturbations. At the second step the tracking of nominal trajectory is realized. The system is viewed as a set of decoupled subsystems and for each subsystem local control is synthesized. Then the stability of the overall system is analyzed and global control is introduced to compensate coupling among some of the subsystems. In the book a particular choice of subsystems is proposed in a case of flight control, and the local and global control synthesis is presented. Extensive simulations of flight control with different control laws are also presented.