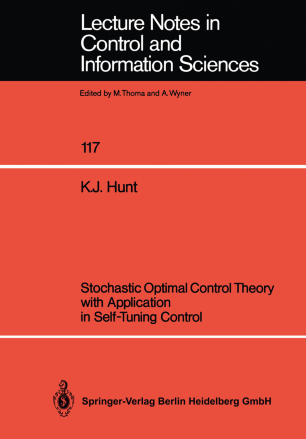 This book merges two major areas of control: the design of control systems and adaptive control. Original contributions are made in the polynomial approach to stochastic optimal control and the resulting control laws are then manipulated into a form suitable for application in the self-tuning control framework. A major contribution is the derivation of both scalar and multivariable optimal controllers for the rejection of measurable disturbances using feedforward. A powerful feature of the book is the presentation of a case-study in which the LQG self-tuner was tested on the pressure control loop of a power station. The broad coverage of the book should appeal not only to research workers, teachers and students of control engineering, but also to practicing industrial control engineers.