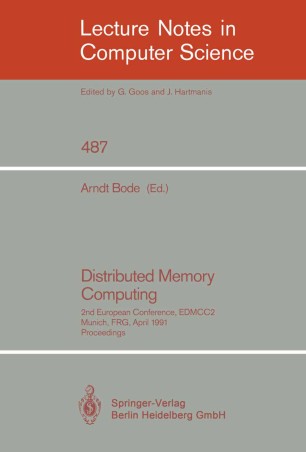 This volume presents the proceedings of a conference covering European activities in the field of distributed memory computing architectures, programming tools, operating systems, programming languages and applications. New architectures discussed within the framework of several ESPRIT projects are covered as well as the application of a number of European and non-European commercial multiprocessor systems. Research on different interconnection topologies including mesh and hypercubes and on virtual shared memory systems is presented. One of the main topics of the book is tools for programming such architectures (debuggers, performance analysers, visualizers, load balancers, mappers) with the goal of enhancing the productivity of the programmer. Alternative execution models such as systolic arrays and dataflow processors are also addressed.