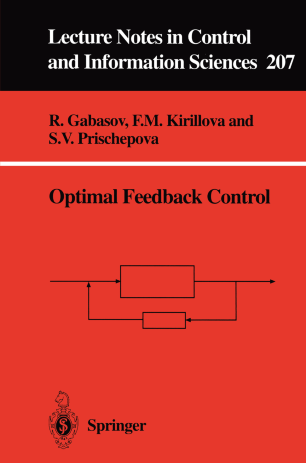 This book outlines a new approach to constructing optimal feedback controls for linear control systems that are under the influence of constantly acting bounded perturbations. The optimal synthesis problem is solved by using discrete time systems obtained from continuous ones. Feedback and output feedback are also examined within this context. In cases where only incomplete or imprecise data are available, algorithms for optimal estimators as well as algorithms of optimal identifiers are described. Algorithms for optimal controllers are also constructed. An algorithm for optimal stabilization by bounded controls is also proposed whilst the Appendix of the book contains the outline of the adaptive method of programming which is the foundation for the approach used in the rest of the book.