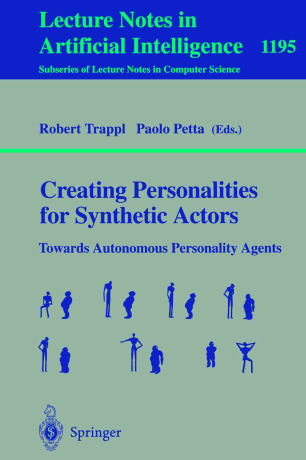 Progress in computer animation has gained such a speed that, before long, computer-generated human faces and figures on screen will be indistinguishable from those of real humans. The potential both for scripted films and real-time interaction with users is enormous. However, in order to cope with this potential, these faces and figures must be guided by autonomous personality agents. This carefully arranged volume presents the state of the art in research and development in making synthetic actors more autonomous. The papers describe the different approaches and solutions developed by computer animation specialists, computer scientists, experts in AI, psychologists and philosophers, from leading laboratories world-wide. Finally, a bibliography comprising more than 200 entries enable further study.