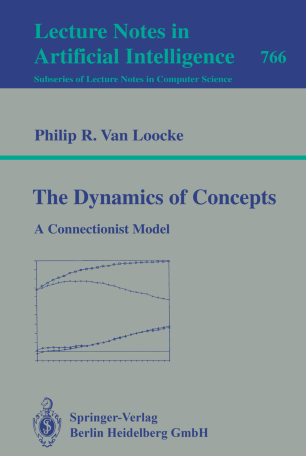 The Dynamics of Concepts

This book offers a model for concepts and their dynamics. A basic assumptionis that concepts are composed of specified components, which are representedby large binary patterns whose psychological meaning is governed by the interaction between conceptual modules and other functional modules. A recurrent connectionist model is developed in which some inputs are attracted faster than others by an attractor, where convergence times can beinterpreted as decision latencies. The learning rule proposed is extracted from psychological experiments. The rule has the property that that whena context becomes more familiar, the associations between the concepts of the context spontaneously evolve from loose associations to a more taxonomicorganization.