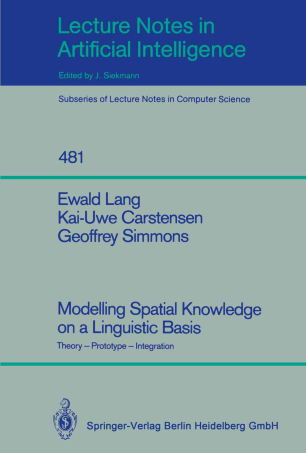 On the basis of a semantic analysis of dimension terms, this book develops a theory about knowledge of spatial objects, which is significant for cognitive linguistics and artificial intelligence. This new approach to knowledge structure evolves in a three-step process: - adoption of the linguistic theory with its elements, principles and representational levels, - implementation of the latter in a Prolog prototype, and - integration of the prototype into a large natural language understanding system. The study documents interdisciplinary research at work: the model of spatial knowledge is the fruit of the cooperative efforts of linguists, computational linguists, and knowledge engineers, undertaken in that logical and chronological order. The book offers a two-level approach to semantic interpretation and proves that it works by means of a precise computer implementation, which in turn is applied to support a task-independent knowledge representation system. Each of these stages is described in detail, and the links are made explicit, thus retracing the evolution from theory to practice.