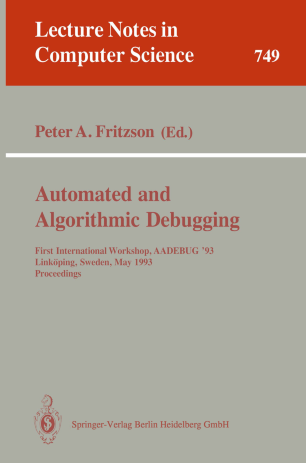 Debugging has always been a costly part of software development, and many attempts have been made to provide automatic computer support for this task.Automated debugging has seen major develoments over the last decade. Onesuccessful development is algorithmic debugging, which originated in logic programming but was later generalized to concurrent, imperative, and lazy functional languages. Important advances have also been made in knowledge-based program debugging, and in approaches to automated debugging based on static and dynamic program slicing based on dataflow and dependence analysis technology. This is the first collected volume of papers on automated debugging and presents latest developments, tutorial papers, and surveys.