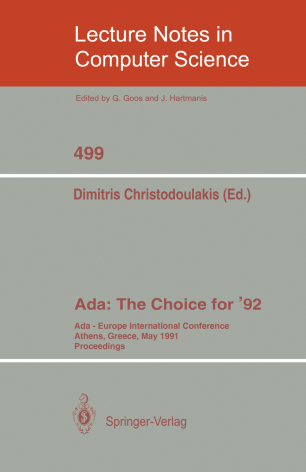 The annual Ada-Europe conference is the most important event in Europe for the promotion and development of the Ada programming language and of Ada-based software engineering methodology. A total of 25 papers were selected for the 1991 conference. Technical excellence and originality were the principal selection criteria, but readability and relevance to the conference theme were also taken into account. The papers were organized into eight sections, on language issues, metrics, concurrency and parallelism in Ada, continuous systems, environments and tools, distribution, faces of reuse, and project reports.